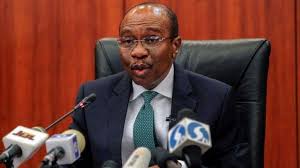 The Central Bank of Nigeria (CBN) on Monday weakened the naira marginally, selling dollars at 307 for the first time on the official interbank market.

According to a report by Reuters, the country’s convoluted exchange rate system has been used to manage what the CBN described as “frivolous” demand for dollars at the peak of a currency crisis which began two years ago.

Nigeria currently has at least five exchange rates including the official rate which the CBN uses for masking pressure on the currency.

In April the CBN allowed foreign investors to trade the naira at market-determined rate through the establishment of the Investors and Exporters FX window, which has weakened the naira to around 360/dollar.

The CBN has sold $500,000 almost on daily basis on the official spot market since creating several exchange rates to alleviate dollar shortages.

However, it had sold the United States currency at rates of between 305 and 306 for months before Monday’s move. ”It’s possible the central bank is working towards a gradual convergence of rates, one trader told Reuters.

Earlier this month the central bank sold dollars at 306 for the second time after maintaining a level of around 305 on the spot market for two months.

Dollar shortages gripped the economy as crude sales, Nigeria’s mainstay, plunged at the start of an oil price rout in 2014. That triggered a recession last year and frustrated businesses, which had to find dollars on the black market as a result.