In a damning report released yesterday, the Judicial Panel of Inquiry (JPI) set up by the Lagos state government to probe October 20, 2020, #EndSARs protest has revealed that at least 11 persons were killed during the peaceful demonstration at the Lekki Tollgate and another four missing but presumed dead making a total of 15.

The report, which also called the Lekki Tollgate shootings of October 20, 2020, “a massacre,” was an incriminating indictment of heightening extrajudicial killings and unprofessionalism by Nigerian law enforcement agents. 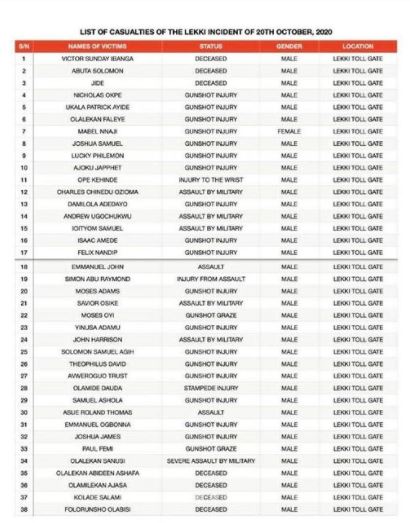 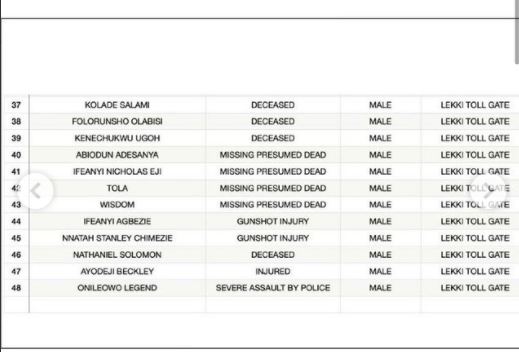 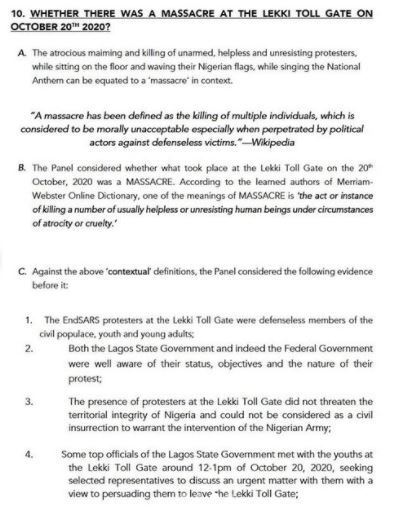 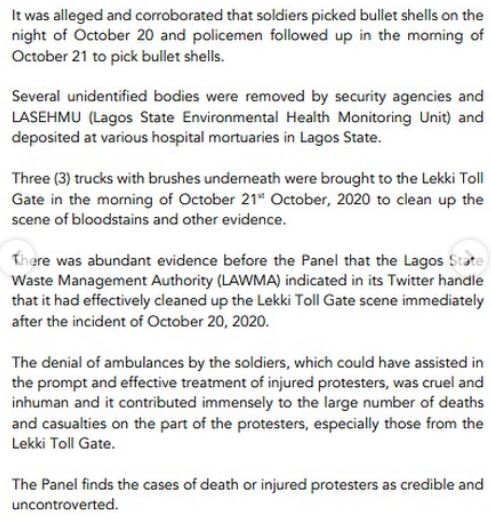 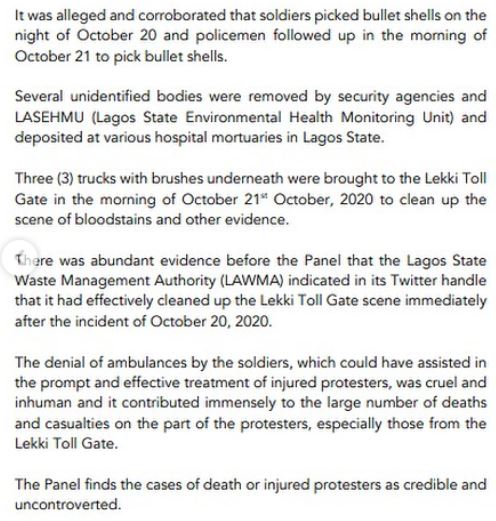 The report described as “atrocious”, the maiming and killing of unarmed, helpless, and unresisting protesters while sitting on the floor, waving their Nigerian flags and singing the National Anthem, stressing that the act could be equated to a “massacre in context.”

According to the report, aside from the 11 confirmed dead, four others were presumed dead, while in all 48 were casualties of the Lekki incident which shook the entire country last year.

Of the 48 casualties listed, the panel stated that 24 sustained gunshot injuries, while 15 others were assaulted by soldiers and police, revealing that 96 other corpses were presented by a Forensic Pathologist at the Lagos State University Teaching Hospital, Prof. John Obafunwa.

In the 309-page report, which specifically indicted the soldiers and the police, the panel stated that it unraveled the fact that after the Nigerian Army exited the scene, the Nigeria Police Force, followed up with the killing of the protesters, shooting directly at fleeing protesters who had run into the shanties and the Lagoon.

Stating that a number of unidentified bodies were removed by security agencies and the Lagos State Environmental Health Monitoring Unit (LASEHMU) and deposited at various hospital mortuaries in Lagos State, the panel stressed that trucks with brushes underneath were brought to the Lekki Tollgate in the morning of October 21, to clean up the scene and conceal evidence.