The Minister of Information and Culture, Alhaji Lai Mohammed, has congratulated Mr Bruce Onobrakpeya on his conferment with the Nigerian National Order of Merit (NNOM).

In a congratulatory message issued on Thursday in Abuja, the minister said that the award to the octogenarian artist was a great boost for the Creative Industry.

The minister said the recognition and honour accorded Onobrakpeya by the Federal Government would go a long way to inspire young artists in particular and the entire Creative Industry in general.

He said the conferment of the great award on Onobrakpeya had put him in the same league as other great creative minds like Prof. Wole Soyinka, the late Prof. Chinua Achebe, Mr Laz Ekwueme and the late Ladi Kwali, all past winners of the award.

“There is no doubt that Onobrakpeya over the years, has been a towering figure and a great inspiration to young artists, but this award marks the highest point in his career as an artist.

“Onobrakpeya remains a great ambassador of Nigeria, having exhibited his works in the UK, U.S. and Sweden, just to mention a few, and with his works adorning great museums and art galleries all over the world,’’ he said.

While thanking the Federal Government for honouring Onobrakpeya, the minister wished the great artist many more years of creativity and good health.

have made outstanding contributions to the academic, growth and development of Nigeria.

Adesina was recognised for his research work in engineering technology while Onobrakpeya was honoured for his creativity in arts and humanities spanning more than 60 years.

Onobrakpeya was honoured for his creativity in arts and humanities spanning more than 60 years.

The president said that the awardees had distinguished themselves in their various disciplines.

Born in 1932 in Agbarah Otor in Delta, Onobrakpeya, a printmaker, painter and sculptor is one of Africa’s best known and most highly respected artists.

The renowned artist, who has been described as a ‘living legend’, has exhibited at the Tate Modern in London, and the National Museum of African Art of the Smithsonian Institution in Washington. 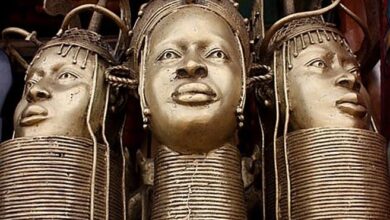 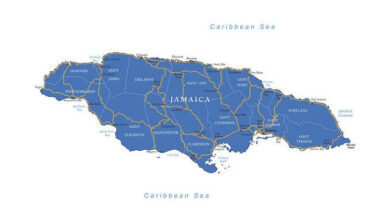 Nigeria to present its culture at Jamaica’s 60th anniversary celebration