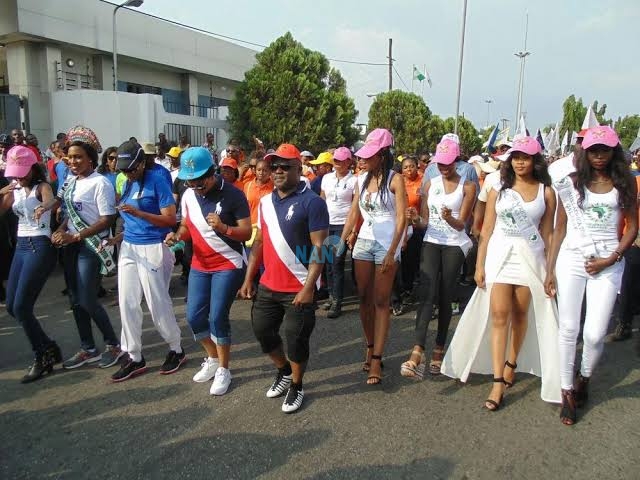 Gov. Ben Ayade of Cross River has flagged off the first dry run of the 2022 Carnival Calabar with the theme “Agro-Industrialization” on Sunday in Calabar.

Flagging of the event, Ayade said that the theme of the carnival was chosen with a view to send a message to the global community that Africans can depend on itself for food.

He decried the high agro-industrial dependence of African countries on western nations in spite of the vast arable land God has blessed the continent with.

“Today, we have great reasons to celebrate because Cross River is gathered yet again, to invent the canal that characterizes creativity.

“For any nation that is committed and serious, that is the way to go. The greatest insecurity is hunger. There is no insecurity more threatening to man than the insecurity of hunger.

“The war between Ukraine and Russia led to scarcity of grains, this means that by the unset of 2023, the nation will be in big trouble.

“Therefore, I see a harbinger of scarcity, hunger and pain, grinding people to their zenith in terms of criminality and animalism,” he said.

He used to occasion to reiterate his support and commitment towards the return of power to the southern senatorial district of the state in 2023.

FESTAC ’77 served as sanctuary for unification of Black…

Earlier, the Executive Secretary of Calabar Carnival Commission, Mr Austin Cobham, described the dry run as the mother of all dry run due to the additional bands in the carnival.

Cobham disclosed that the presence of the service commanders in the state indicated that Cross River was ready to host the world.

He congratulated Ayade for expanding the carnival bands from five to seven, which he said was creating avenue for more participation.

He further commended the governor for the theme, saying that it could not have come at a better time that the world was going through a period of war and growing insecurities after being ravaged by COVID-19.

“The only way that the world would survive has actually proven to be agro-indistrialization,” he said.

The News Agency of Nigeria (NAN) reports that there were more than 4,000 revelers on the 12 kilometre routes, which attracted hundreds of spectators.

In attendance at the flag off were lawmakers from the Cross River House of Assembly, Mr Edem Duke, a former Minister of Culture and Tourism, Sen. Florence Ita-Giwa amongst others.