A Federal High Court in Abuja, yesterday ordered the swearing in of Obiora Okonkwo as Senator representing Central Senatorial District of Anambra state.

Justice John Tsoho in the judgement said Okonkwo was validly nominated as candidate of the Peoples Democratic Party (PDP) for the December 7, 2014 senatorial election.

Justice Tsoho ordered the Independent National Electoral Commission (INEC) to withdraw a Certificate of Return earlier issued to another aspirant, Mrs Uche Ekwenife and a fresh one be issued to Okonkwo.

Okonkwo had, in 2014 instituted a court action against the PDP, its then National Chairman, Adamu Muazu, INEC and Mrs Uche Ekwenife, challenging the nomination of Ekwenife as PDP’s candidate of the party for the 2015 National Assembly election.

However, in the course of hearing of the suit, all the four defendants withdrew their processes against the case and agreed to submit themselves to the judgment of the Federal High Court.

In the judgment, Justice Tsoho agreed with counsel to the plaintiff, Sebastine Hon (SAN) that, in view of the withdrawal of all the respondents, the court was at liberty under the law to enter judgment in favour of Okonkwo.

Counsel to Okonkwo said his client was not party to the suit, which led INEC to fixing January 13, 2018 for re-run. “The only senator on the Anambra Senatorial District is Obiora Okonkwo. That election is not going to hold,” he said.

The fate of the date fixed by the INEC for the re-run might be at risk after this judgement.

It would be recalled that on November 20, 2017, the Court of Appeal in Abuja, ordered the INEC to conduct a re-run election for Anambra Central Senatorial District within 90 days.

The All Progressives Grand Alliance (APGA) candidate, Chief Victor Umeh, had filed an appeal against the February 29, 2017, judgment of the Federal High Court in Abuja, wherein the trial judge, Justice Anwuli Chikere, ordered the inclusion of the PDP and its candidate, Senator Uche Ekwenife, in the scheduled Anambra Central Senatorial re-run poll.

The court had refused the application by Sharon Ikeazor to be recognised as the All Progressives Congress (APC) candidate for the re-run of the cancelled March 2015 Anambra Central Senatorial election.

The Anambra Central Senatorial seat at the upper chamber of the National Assembly has been vacant, following the nullification of Senator Ekwenife’s election.

The Court of Appeal Division in Enugu had in July 2015, voided Ekwenife’s election for not being “the product of a valid primary and was therefore not duly and legitimately nominated.” 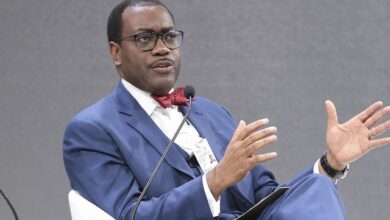