The prosecution team of the Lagos government says one of the witnesses set to testify against Baba Ijesha, the embattled Yoruba actor, is afraid to do so.

Baba Ijesha has been in a legal tussle since he was accused of assaulting a 14-year-old minor when she was 7.

At the last court sitting for the actor’s trial, a fresh child defilement allegation was brought against him by another alleged victim.

Parties to the case appeared before an Ikeja special offences court on Friday.

Yusuf Sule, state counsel, told the court that one of the witnesses was scared to testify against Baba Ijesha.

Sule was explaining the absence of two witnesses slated to testify against the actor in his ongoing trial for sexual assault.

“My lord, the first witness is a police officer, he could not come to court today because he has been transferred and needs to get permission from where he was posted,” Sule said.

“The second witness could not come to court; he is jittery, he is scared to come to court. My lord, we will ensure that all the witnesses are in court by next week Friday.”

Oluwatoyin Taiwo, the judge, adjourned the case until November 19 for the continuation of the trial.

JUST IN: More woes for Nigerians as FG hikes prices of pre-paid meters 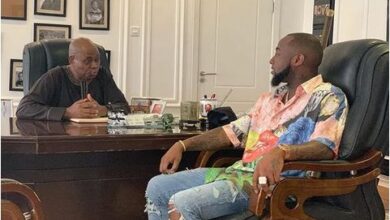