A national leader of the All Progressives Congress, Ahmed Tinubu, has said there is no truth in the speculation that he may emerge as President Muhammadu Buhari’s running mate for the 2019 presidential election.

Tinubu described as a “classic case of utterly and irredeemably-fake news,” the report in a national daily that he was being mooted as Buhari’s running mate in 2019 to boost the APC’s chances in the South-West.

According to a statement by his  Media Officer, Tunde Rahman, the APC chieftain said it was speculated in the said report that Vice-President Yemi Osinbajo, a pastor with the Redeemed Christian Church of God, might withdraw from politics in 2019 and return to full church work.

Tinubu, however, described the report as false, insisting that he and Nigerians “have absolute confidence and are exceedingly proud of the excellent job that Professor Osinbajo is doing as the Vice-President of Nigeria.”

He said, “There is no empirical or logical basis for this mischievously speculative story. Is it even conceivable, as the story recklessly insinuates, that Vice-President Yemi Osinbajo would be considering returning to full church work rather than run with his boss, President Buhari, for a second term if the latter so decides without as much as discussing such a sensitive issue with his party and with Asiwaju Tinubu?

“In any case, is this story not entirely unwarranted and indefensible as the Buhari/Osinbajo ticket has an electoral mandate of four years out of which it has spent only over two and a half years?

“This is clearly an attempt to distract the APC Federal Government from the yeoman’s job it has been doing in rescuing the country from the deep rooted socio-economic, political, security and moral mess inherited from the PDP’s 16 years misrule of Nigeria, instigate crisis within the party, stoke dangerous embers of religious disaffection within the party and the country generally and stem the remarkable progress being made in the reinvention and revitalisation of Nigeria.

“For the avoidance of doubt, Asiwaju Tinubu has absolute confidence and faith in both President Buhari and Vice-President Osinbajo, who have been working hard harmoniously in offering inspirational leadership to Nigeria at a most critical period in her history.

“The haemorrhaging of the national economy through the wanton and unprecedented corruption that obtained before the advent of the APC Federal Government has been staunched.

“There is greater sanity, accountability and transparency in the management of the country’s finances. The Boko Haram insurgency has been substantially contained. We should not allow ourselves to be derailed from the job we are effectively undertaking in fulfilling our campaign promises anchored on the tripod of containing insecurity, taming the scourge of corruption and resuscitating the economy.” 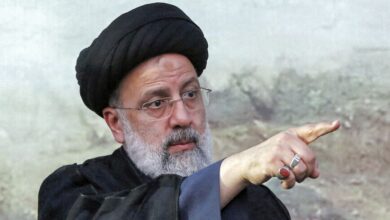 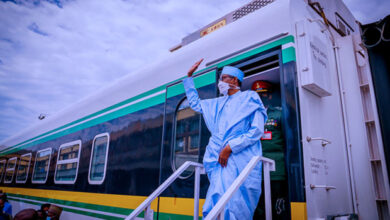