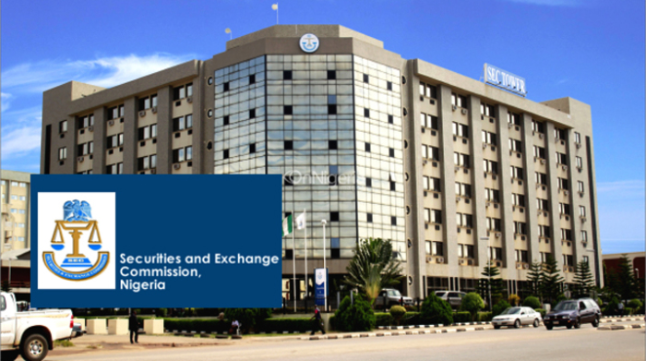 A statement issued by the Head of Corporate Communications at SEC, Mrs Efe Ebelo, disclosed that this decision was one of the resolutions passed at the Capital Market Committee (CMC) meeting held last Thursday in Lagos.

She further said in the statement that the committee agreed to direct registrars to discontinue the practice of requesting for confirmation of bank signature during the e-DMMS process.

It was further stated that members of the committee decided to remove the deadline earlier placed on the regularization of multiple accounts of shareholders, who bought shares under different names.

According to the Acting-Director of the SEC, Ms Maty Uduk, the suspension would ensure that shareholders who have challenges with their details to come up and regularize their holdings.

It was stated that this deadline was taken away because the commission discovered that some shareholders were avoiding the process for fear of being prosecuted.

“The multiple subscription committee presented the status of its ongoing engagement with the Central Bank of Nigeria (CBN) and the committee of heads of banking operation to display multiple accounts regularization banners in the banking halls all over the country.

“The committee also reported that capital market operators (CMOs) have commenced the filing of reports on regularized accounts with the commission, on a quarterly basis. Given the relevance of this exercise and the need to create more awareness, the committee requested an extension of the deadline of multiple accounts regularization.

“We are keeping it open for now with no deadline. We are also encouraging investors to take advantage of this to regularise their accounts and claim their dividends,” the statement quoted Ms Uduk as saying.

Ms Uduk also said that the commission was engaging the National Pension Commission (PENCOM) on modalities that would permit pension fund administrators (PFAs) to participate in securities lending.

At the event, there was also the disclosure that the commission had started the development of teacher guides to infuse Capital Market Studies (CMS) into the Nigerian school curricula.