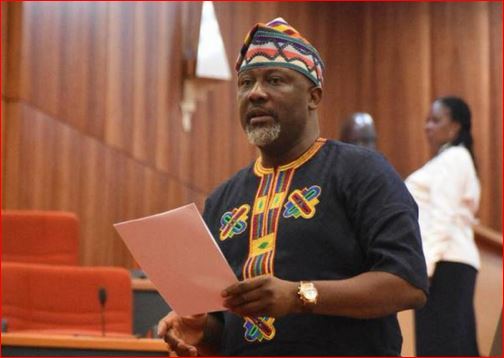 Senator Smart Adeyemi of the All Progressives Congress has ousted Senator Dino Melaye of the Peoples Democratic Party from the Senate, according to the official result declared in Lokoja on Saturday night.

Adeyemi will now represent Kogi West in the ninth senate.

The Returning Officer of the election, Professor Olajide Lawal, said Adeyemi, who represented the district from 2007-2015, polled 88,373 votes to beat Senator Dino Melaye of the Peoples Democratic Party (PDP) who scored 62,133 votes.

Ambassador Rufus Aiyenigba of the Social Democratic Party (SDP) came third in the poll with 659 votes and was trailed by John Olabode and Adeyemi Taiwo of the African Democratic Congress (ADC) and Nigeria Elements Progressive Party (NEPP who) garnered 262 and 119 votes respectively.

INEC had initially declared the result inconclusive after the 16 November election, because the margin of victory was lower than the cancelled votes.

This necessitated the supplementary poll that took place in 53 polling units today.