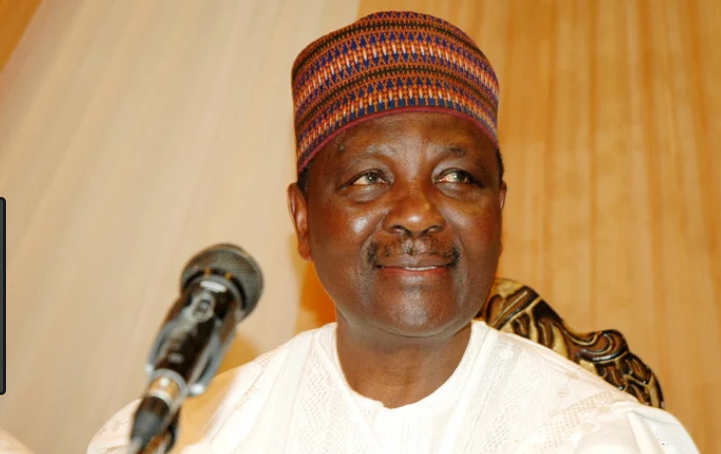 Eminent Nigerians, including a former Head of State, Gen. Yakubu Gowon and Nobel Laureate, Prof. Wole Soyinka, have spoken on the need for the ghost of the civil war which ended 50 years ago to be permanently buried.

They said doing so required dialogue and enthronement of democratic tenets/ principles in the country.

The others who spoke at a conference to commemorate 50 years of the end of civil war in Lagos were Prof. Pat Utomi, Prof.  Anya O. Anya and a former General Officer Commanding (GOC) 81 Division, Nigerian Army, Maj.Gen. Obi Umahi (retd.).

The conference was organised to review the woes of the war which ended on January 15, 1970 and adjudged as one of the worst scenarios of civil rife.

The conference, which was organised by Ndigbo Lagos, the umbrella body of all Igbo organisations, and Nzuko Umunna, a think-tank of Igbo professionals in Nigeria and the Diaspora was titled:  “Never Again: Nigerian Civil War: 50 Years After.”

Gowon, who was head of State during the war, addressed the conference via a video recording from London.

In the video, he said though the war ended 50 years ago, it has continued to be a veritable reference point in the country’s history.

He therefore called for dialogue, saying : “I urge all Nigerians to ensure that we avert another civil war in Nigeria.

“We must do all in our power as responsible leaders and citizens of this great country and nation to create enabling platforms  to dialogue and proffer ideas on how we can live together in peace and harmony for the good of all Nigerians and the black race as a whole; thus ensuring political, economic, security and development of the country.”

Also, Soyinka said one of the ways to say “never again” to war and destruction was to enthrone the principles of democracy.

He said the problem that led to the civil war could be gleaned from the faulty foundation on which the country was built.

The playwright noted that African nations came into being  through  dictation and  coercion as opposed to choice, volition, consent and participation  as in the case   of nations in Europe. The latter, he added, is the building blocks of democracy.

The Nobel Laureate said the defunct Organisation of African Unity (OAU) adopted the sanctity of post-independence boundaries in Africa and member countries swore to defend those boundaries.

He described the act self-serving power mechanism of internal control and domination that has nothing to do with the concern of the African masses that bore the brunt of the effects of colonialism and its later camouflaged successors like  internal colonialism.

He lamented that the situation has not changed today because  leaders continue to ignore the yearnings of the people.

Soyinka said in many countries around the world, the national question remained unresolved. However, he said in the advanced democracies like Spain, this has not led to civil wars.

He said humanity had become inured to what it considers its capacity for recovery, but only for the tragedy to repeat itself. He said the capacity for resilience should not be seen as an excuse or justification for tempting faith.

Soyinka commended Tanzania for recognizing the breakaway Republic of Biafra during the Nigerian civil war at a time it was considered not fashionable to do so.

He added that Tanzania’s gesture was only symbolic because it did not affect that event that consumed about two and a half million lives.

The Nobel Laureate, a respected voice that speaks truth to power, also called for the release of the incarcerated activist, Agba Jalingo.

Soyinka who is very fussy about his choice of words, said: “There are many ways of saying never again; some of them direct, some of them not so direct.

“Among the indirect ones, for instance, it seems I would recount an exercise that we had many years ago entitled PRONACO (the Pro-National Conference Organisation), which is one of the efforts made to try and suggest ways to prevent the kind of tragedy that we have witnessed before.

“Among the participants, I remember one young man called Agba Jalingo. I’ve always asked myself, was he the one that was kidnapped recently by the police? Nobody seems to know his whereabouts up till now. The civil society tires  very quickly here. Once we manage to get (Omoyele) Sowore away from the mad dogs, we quickly forget Agba Jalingo.

“So, let me use this podium to ask or call on the security boss to produce him.”

Prof  Anya, who chaired the occasion believes violence cannot provide the solution to the problems facing the nation.

He said Nigeria must learn from the mistakes of the past and what some say was a failure of leadership.

Anya who is the pioneer Chairman of the Nigeria Economic Summit Group (NESG) , said Nigeria was not the only country that had  gone through such a situation as the civil war, stressing that losing a war was not necessarily a badge of failure.

He called on Nigerians to eschew violence   and work collaboratively to make Nigeria great.

He said: “Nigeria situation is not unique. Other countries have gone through the same. We as a country must learn from other countries that have survived from the horror of war.

“Germany fought a war and lost, same as Japan. But 30 years after, Germany became one of the best economies  in the world, same with  Japan, until the advent of China. Losing does not make you a failure.”

In his keynote address,  Utomi highlighted the collapse of culture as one of the major problems of the country. He, therefore, called for urgent attention and a joint effort to fix the problem.

The professor of Political Economy blamed the Nigerian civil war on a dishonest conversation among the parties concerned.

Noting that the war was “completely unnecessary,  he  said a repeat   would break up the nation.

He said: “In my view, the Nigerian civil war was completely unnecessary. It was something that honest conversation would have taken care of.

Utomi also advocated a decentralised system of government to move governance closer to the people.

According to him, only a decentralised government can address the conditions that led to the war and prevent  reocurrence.

He said: “Government should be decentralised and moved closer to the people for effectiveness,”

Utomi decried the political party system operational in Nigeria, warning that the country would  not make progress with it.

He explained that a repeat of the three-year civil war could have different results as the international community now recognises the right to self-determination.

One of the organisers of the event, Maj.Gen.  Umahi (retd), said  the aim of the conference was to sensitise Nigerians on the need for forgiveness, healing and national cohesion.

Umahi urged Nigerians to see the present situation in the country as a moment for national reflection, stressing that there was an urgent need to build bridges of unity and peace.